Vividred Operation is a Japanese anime television series produced by A-1 Pictures and directed by Kazuhiro Takamura. The series aired in Japan between January and March 2013 and is licensed in North America by Aniplex of America. Two manga adaptations have been published by ASCII Media Works. A PlayStation 3 video game adaptation by Namco Bandai Games was released in June 2013. 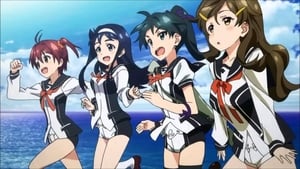