Super Rescue Solbrain is a Japanese tokusatsu television series produced by Toei Company. It ran for 53 episodes from January 20, 1991 to January 26, 1992 on TV Asahi. It is part of the Metal Hero Series franchise; a sequel to Tokkei Winspector, it is the second series to follow the Rescue Hero trilogy. 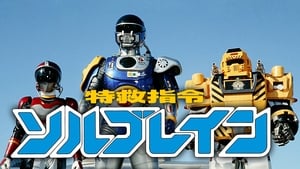